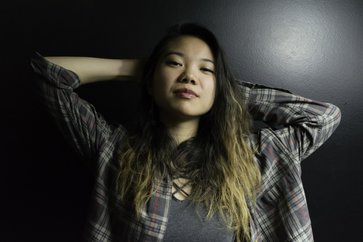 Kat is an activist, spoken word poet, songwriter, actor, wannabe-psychiatrist, ​reformed shy-person, cactus-enthusiast, and read-&-walk-er. She graduated in 2019 as a Robertson Scholar at the University of North Carolina at Chapel Hill (UNC) & Duke University with a B.A. in Bioethics and minors in Creative Writing and Neuroscience. Her fiction and poetry have appeared in The Health Humanities Journal of UNC-Chapel Hill, Glass: A Journal of Poetry, PANK, and elsewhere. At 16 years old, she was the youngest poet with a collection honored by the 2014 Amy Award, presented by Poets & Writers.

Tan twice represented UNC at the College Unions Poetry Slam Invitational. She was UNC's 2017 Grand Slam Champion and has performed at schools across North Carolina, including North Carolina State University and Duke University, featuring at UNC's Journey into Asia for three consecutive years, NC State's Asia Night 2017, the Edible Campus UNC/Center for Study of the American South's 2017 Harvest Moon Celebration, and the 2017 East Coast Asian American Student Union alongside such artists as G Yamazawa and Lydia Paek. Tan previously served as Executive Director of the UNC Wordsmiths and is a graduate of the Yale Writers' Workshop. Tan performs and teaches workshops at conferences, student-organized events, ​and elsewhere.

Tan lives in New York with her miniature Australian Shepherd, Kina. Every day, she falls in love with your smile.